This is my contribution to FsAdvent 2021

We are first going to implement the BRKGA as outlined in this paper and with supporting information from this presentation.

All following images are taken from the above references:

This is a class of nature-inspired algorithms which attempt to evolve solutions optimized for some given fitness function.

The BRKGA is one such evolutionary genetic algorithm that takes advantage of several schemes to empirically achieve good results. 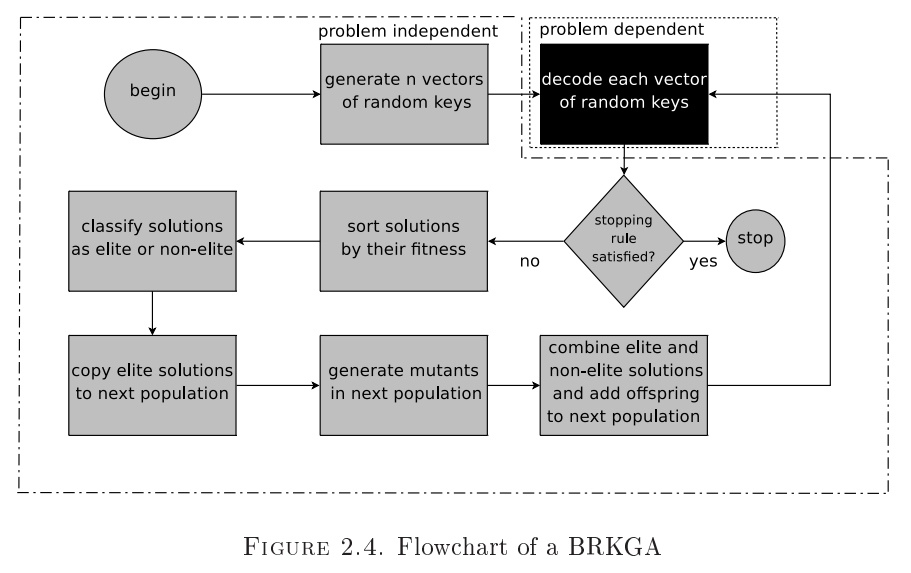 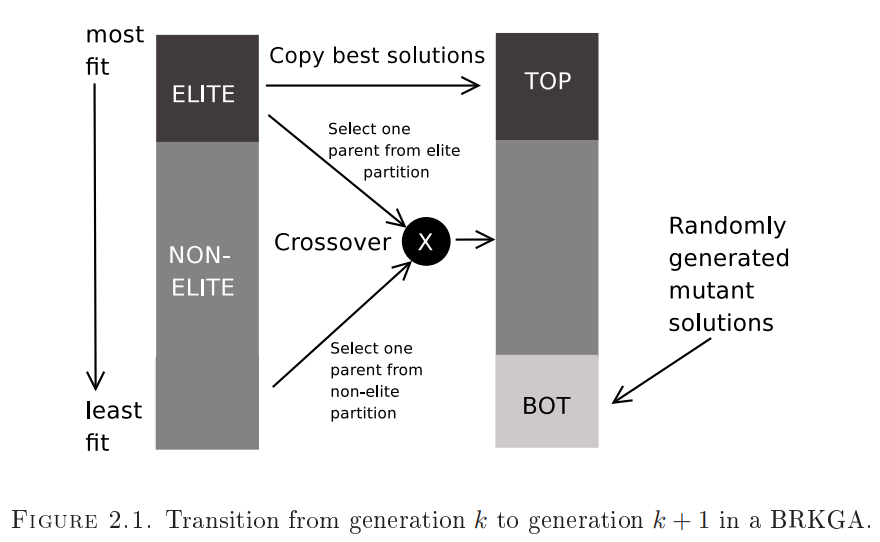 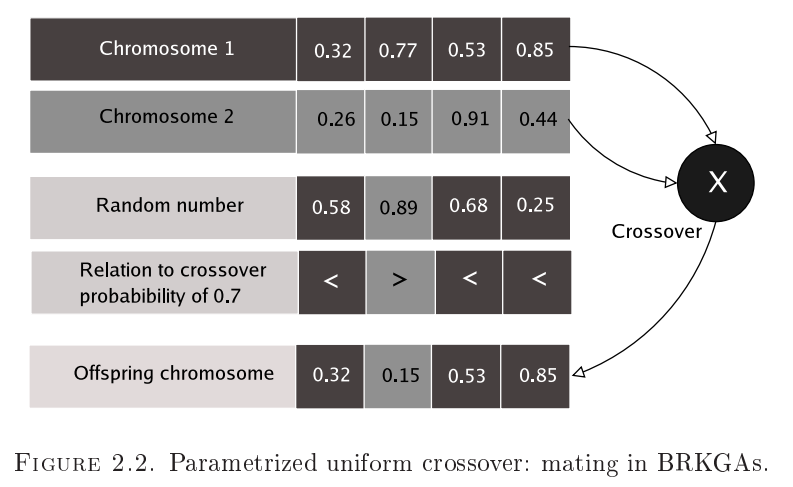 The beauty of this paper is that one can almost literally extract the core code from it, but we can do some nice things with F#.

The reason we use a private constructor for this type is a consequence of an F# typing limitation. The requirement we really need to satisfy is that the Chromosome needs to have a specified array length, and just allowing unfettered access to the structure would allow someone to construct chromosomes of any size.

The ideal solution would be to have a dependent type system where the chromosome length can be part of the type specification, but F# does not yet support this, so we have to make do with makeshift protections.

Because we do a lot of decoding during the evolution process, I found that it was easier to just keep both the decoded and encoded versions together with the fitness - trading space for time seems to work for the sizes we’re talking about.

Again, it would’ve been awesome to have the ability to specify the chromosome length as a type parameter to this type, but we can’t do that yet. We again specify the type constructor to be private, so we can ensure that it’s always sorted in such a way that the chromosome with the best fitness is easy to access.

Stunningly, this is the entire definition, complete with the code to evolve the population to the next generation

It’s almost embarrassingly simple to read, and it almost trivially corresponds with the specifications in the paper

Of course, we want to run the evolution process multiple times, to allow for the solution to converge. This means that we want to encapsulate those parameters neatly. I’ve split them into two parts - one of which has the recommended defaults and is problem-agnostic, and the other which is type-parameterized with the problem type and is therefore problem-specific.

We are interested in the convergence pattern of the algorithm, so it isn’t sufficient to just get the best fitness at the end of all the iterations. Rather, we want to track how the best fitness improves (or not) with each iteration…

So we will build an emit a CSV as the result of the experiment, enabling us to plot the information out of band.

I’ve split this into two functions - one to do the iteration, and one to emit the CSV. We use an anonymous record to transmit the data from the first function to the second.

Next, we’ll look at solving the TSP in this fashion.

This “Scientific Computing With F#” Series

This page was generated by GitHub Pages.